I rise to speak on the Education and Training Reform Amendment (Victorian Academy of Teaching and Leadership) Bill 2021, and this bill proposes amendments to chapter 2 of the Education and Training Reform Act 2006 to establish a Victorian Academy of Teaching and Leadership, known as ‘the academy’. It is something that will improve the opportunity for teachers to continue on a continuous learning cycle, which every profession should be encouraged to do, and we as an opposition support this bill, because, you know, this is something that we always want to see in the people who will be influencing the future of our communities right across the state.

This will be a distinct, specialist entity dedicated to developing teacher and school leadership excellence and raising the calibre and status of the entire Victorian teaching profession—so that is right across all the sectors, not just the public sector but the private and independent sector as well.

Particularly in my part of the world, South-West Coast, we are very blessed that we have amazing educators who are very, very committed. But we have our challenges as well, because across my electorate we have 39 schools and sometimes to attract people to the regions can be difficult. Making sure we have enough teachers to be able to have replacement teachers and to be able to have the opportunity for teachers to actually get the time to get away from the school to be able to improve their qualifications and to actually get that peer support is something we do have trouble with because getting that backfill in is a challenge.

So thank you to the people from the department who helped us through the bill briefing for giving me the opportunity to ask how in regional Victoria we will have the opportunities that this academy will provide. They did reassure me that there will be seven sites across the state and that they will take into account the logistics that teachers face in wanting to get to these places. But also let us not forget that the ability to backfill is also a challenge.

I have 39 schools in my electorate, as I said, and it is interesting that in South-West Coast we do not have the system of elitism, really. Catholics go the Catholic school, and that is just how it is. It does not make it more elite. They are all very, very good schools, and I can honestly say I have been incredibly impressed. In Portland we have got the independent college there under the guidance of principal Michelle Kearney along with Portland Secondary College and Heywood & District Secondary College over to the west of my electorate, who do an extraordinary job.

The Heywood school principal has moved on now, but I remember him saying to me, ‘We’ve just got so many challenges that are different to what they were many years ago’. He told me a tragic story about a family who he was supporting where the mum had actually died in the bed and the kids were underneath the bed hiding.

These are the sorts of trauma experiences that principals and teachers are dealing with. When Heywood actually got an allocation for the improvement of the bricks and mortar—because in this speech it talks about how much money has been allocated by the Labor government to the bricks and mortar, and he got some of that money to do some improvements—he said he actually would rather put that money into programs like one that they had in that school called Standing Tall, which I often speak about in this place.

It provides mentors from the community to give children somebody outside the family, like once happened when we had extended families, and aunts, uncles and community members were more engaged in the family unit, which we do not see as much today with families being busier or families being disconnected from their extended family. Many of us do not have aunts and uncles to help with the family when the children are young.

In preparing for this bill I actually spoke to a number of teachers, as you would expect, to do my due diligence, and what I noticed and what I heard from teachers when I approached them about this bill is that the challenges in the classroom are so much more. One teacher I spoke to said she had 19 students: six of those were from families where English was not their first language; four were under the care of an OT because they were struggling with either fine motor skills or spatial awareness—those sorts of issues; three were under speech pathologists because their speech was not up to speed to be able to cope with the learning; and one had a psychologist involved as well for emotional regulation.

And when I look back to my time as a mum involved with the school and on school council and I think about the role we played, I remember once actually sitting down with a group of mums over six months and rewriting the school policies, which was a requirement of the school to have done, and I kind of thought, ‘Why are we doing this? I mean, surely across every school in the state the visitor policy would be the same’. Yes, we should tweak it to make it regionally appropriate or individually appropriate for schools, but to actually have to do that—there is just too much going on where we are putting regulation in place and not actually assisting the teachers by having more people in the classroom.

The department employs a lot of people, and I wonder how much would be better spent if we put some of those people into the classroom. Back in my day we had a principal, we had a teacher and we had students in the classroom, and not too much has changed. We do see investment, which is great, in some specialist assistance in the classroom. But things have definitely changed, because I remember in grade 4, I think, walking down to the Hawkesdale shop to buy my teacher a packet of cigarettes at lunchtime—you would not see that happen today. I think they were red and white—

Mr D O’Brien: Did you get him a sixpack?

Ms Britnell:  No, I did not get him a sixpack; we were not allowed to go to the pub. That was in Hawkesdale in probably 1974—I am showing my age. But anyway, things have changed and changed for the better. I could tell you more—no, I am not going there.

But my point is I am absolutely blown away by what teachers are having to endure in the classroom. So much support is needed, so it is great to see that the support is put into their ongoing education. But when I look at the challenge in the classroom, I wonder how much more we can do, and particularly since we had the severe lockdowns in Victoria and as a state how our children are going to be absolutely left behind.

We are a nation, so when our children are 18 and they are competing across the nation for university placements, for example, they are not going to be able to be assessed fairly because their ATARs may not be the same as the states that have not been affected, such as New South Wales, Queensland, Tasmania, South Australia and Western Australia, who all managed the COVID experience so much better without the four lockdowns.

On the fine motor skills, I was talking to a teacher about the deterioration in her grade 1s, who had not advanced because of the lack of play. In the classroom you get the playdough out and you do the finger painting; well, when you are homeschooling and you have got three kids under your belt, the last thing I am sure you want to do is have finger painting going on in the kitchen or the lounge room or wherever you are trying to work and supervise the kids at the same time. We have let our kids down, and there is so much we have to do to get them back up to a standard to be competitive with their interstate colleagues.

I want to make note of some of the principals. All teachers do a great job, but it is very difficult to be a principal—that has really stood out to me. In Warrnambool, for example, we have got the Emmanuel College principal, Peter Morgan; the King’s College principal, Allister Rouse; David Clift at Warrnambool College; and Jane Boyle at Brauer—four excellent schools which can all proudly say they do a terrific job of children’s education. Michelle Bickley-Miller is a friend of mine; our children went to primary school together.

They are now 26, those boys, so I have known her for a very long time. But her commitment to education—and she has been awarded for that—is absolutely outstanding. Colan Distel, who I have mentioned in this place before, is the principal at Hawkesdale, which my eldest son went to. He had to call me into the office to have a few serious chats about that boy in his time, and still today I have great admiration for what he does for those students. Like I said, in Heywood there are exceptional schools. There are Portland Secondary and Bayview independent school—just amazing.

I will not start mentioning the primary schools because there are just so many and I would leave someone off, but there is not one school in my electorate about which I think, ‘They’re just not performing’—there actually is not one. There are little schools like Panmure that do an extraordinary job, and then there are big schools like Warrnambool— (Time expired) 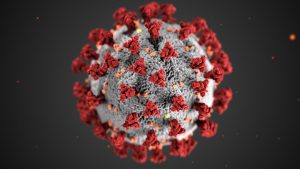 Victorian Government’s roadmap out of lockdown

Health service forced to spend $750,000 to get to where they started

Portland District Health was forced to spend $750,000 on a tender process for a new pathology provider that resulted in the board’s original suggestion being